SALES is Your Best Career Return on Investment

Sales is your best career return on investment

Are you possibly contemplating a career change pending our exit from the current Coronavirus pandemic?

Or are you worried about potentially losing your job to robotics, automation or AI?  Remember the recent brouhaha about, “Learn to Code?“

Are you stressed about amassing student debt to go to college?  Wondering what you’ll do with that degree?

Thinking about your career choice? Sales is your best career return on investment.

You can name any profession and when it comes to career return-on-investment (ROI), sales beats the pants off of every one of them.

Nine of the top ten of these listed and ranked “best jobs” are in the medical profession.  Others are web developers, statisticians and software developers.

So let’s compare/contrast the return on investment (ROI) of sales against the ROI of physicians and attorneys*.  These are two of the most highly respected and highly lucrative professions – certainly noble causes to pursue.

This is not to put any kind of knock on any kind of profession.  This is to directly answer the question of how great a career upside a person has by going into sales.

You will see beyond any reasonable doubt, that sales is your best career return on investment.

* (We also compare/contrast with architects in HIRED GUN II)

This simple formula produces your bottom line return on investment:

First, we examine the typical amount of financial debt accrued to enter each profession.  Plus the amount of time invested between someone’s start toward their career path until their first realization of income.

Second, we relate those time and money costs to each profession’s projected income.

It’s just downside versus upside; debt exposure versus assets; investment and return on that investment.

But in this example, the return on investment is your career.

Any accredited profession requires an initial stint of four years’ time served in undergraduate college and the attainment of a Bachelor’s degree.

According to the chart on CollegeBoard.org the average annual costs at various institutions of higher learning range from $17,580 (two year, in-district, commuting) to $50,900 (private non-profit, four year, on-campus).  Basically, it costs $35,000 for a two-year degree to over $200,000 for a four-year undergraduate degree.

And that’s just getting ready to get ready.

Medical practice is one of the most noble professions. But is a doctor’s career return on investment as good as a sales rep’s?

Let’s begin by looking at doctors.  First, please remember this is a career comparison in terms of business; dollars and cents.  Return on investment.

Using business parlance, physicians and all healthcare practitioners are the fiduciaries of our nation’s health.  I hold them in ultimate high regard, most especially in times like these with our current pandemic.

I have a lifetime of admiration and respect for doctors.  My father’s general practice took him to rural Iowa farmhouses to deliver treatments and babies.

But do doctors get a good career return on investment?  Let’s see.

How many years in college?  Four years of undergraduate study (covered above).  Plus four years of medical school.  Plus one year of internship.  Plus two to seven years of residency.

Net bottom line:  eleven years of college and collegiate expenses, to get ready.

Then there is also food, lodging, transportation, books, computers, room and board plus other personal expenses.

When I thought I’d make my physician dad proud and told him I wanted to be a doctor he laughed out loud and said, “Oh, I hated that job.”

If you are brilliant, ambitious, and gifted in science, you may consider becoming a doctor. If so, think twice. According to a new survey by personal finance site NerdWallet, most doctors are dissatisfied with the job, and less than half would choose a career in medicine if they were able to do it all over again.

A May 2018 article by Pauline Anderson on Medscape, “Physicians Experience Highest Suicide Rate of Any Profession,” raises another issue:  suicide.

With one completed suicide every day, US physicians have the highest suicide rate of any profession,” she writes. “In addition, the number of physician suicides is more than twice that of the general population, new research shows.

Eight to 11 years in college

According to the Bureau of Labor and Statistics for 2016:

For a job “most doctors are dissatisfied with”

And “the highest suicide rate of any profession”. 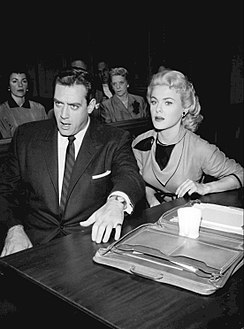 How well does an attorney’s career
return on investment compare to sales?

The median private sector salary among 2017 graduates from the 182 ranked law schools that provided these data to U.S. News in an annual survey was $72,500.

According to the Bureau of Labor and Statistics for 2016, attorneys’ average annual income is $144,230.

And then there‘s the suicide rate. In a June 2018 Connecticut Law Review article, “Alarming Increase in Suicide Rate Needs to be Addressed Everywhere,” Mark Dubois writes,

“The Dave Nee Foundation reports that lawyers are the most frequently depressed occupational group in the US … and lawyers rank fifth in  incidence of suicide by occupation.”

Seven to nine years in college

About $118,000 of student debt per student per law school

According to the Bureau of Labor and Statistics for 2016:

To join “the most frequently depressed occupational group in the US” –

With the fifth highest suicide rate of any profession.

Sales is your best career return on investment

Do I admire doctors and lawyers and many other licensed professions for what they do?  Yes.  Without doubt.  Look at how globally vital the medical community is today – right now – during this cornoavirus pandemic.

Do I think they get the best career Return on Investment?  No.

There is no educational requirement to achieve excellence, and there is none for a career in sales.*

You don’t have to spend four to 11 years in school.
You have no student loan debt.
You can make money right away – with a fifth grade education.
You have no business start-up cost.
Your income potential is unlimited.

In sales, you are a professional athlete on the playing field of business.  You will be coached, trained, mentored, measured, evaluated, win accolades of Top Producer, the Hall of Fame, get traded, fired …

The reason you’re happy is, every day you engage with people.  You help positive minded human beings solve their needs.  The very nature of your job is a positive one, making meaningful contributions to other people’s businesses and lives in a positive fashion.

“Most people go to the fountain of life and take a thimble – instead of a bathtub.” Joseph J. Charbonneau

In his posted essay, Who Are The Millionaires, world-leading business expert Brian Tracy states:

Fully five percent of self-made millionaires are men and women who are the top salespeople in their fields. They never started their own businesses. They never went to college or university to get professional degrees. They just became very good salespeople for their products or services and were paid very good money.

Income – Unlimited – You can make a ton of money in a sales position working for a company.

But it’s also important to recognize the enormous upside of entrepreneurism.  Thousands of salespeople parlay their sales backgrounds into successful new business enterprises.

More on that in next week’s Gonzo Selling! issue, Millionaire and Billionaire DUMMIES.

The Bottom Line:
Sales is your best career return on investment

Let’s play a little game.  We’ll tee it up and see who wins if you start your sales career the same time that someone else begins their academic path toward medical practice.

Very conservatively, let’s propose that you average only $60,000/year for eleven years in sales before the med student starts a professional career.  (U.S.News reports the average income in sales as $58,000)

That’s a gang of lead, Harv.

By the time the doctor gets to the career starting line you can be over $1,000,000 ahead if you believe sales is your best career choice.

You play the cards you’re dealt

It isn’t about what you know but how you use what you have.

One friend of mine reached the pinnacle of the high-tech profession at an early age.  She became the CIO for two different companies, both among the nation’s top five homebuilders. She had a high school education.

Another friend of mine became the CFO and Vice President of Finance for a huge national media corporation. His accomplishments there are the envy of his peers throughout his industry. He never got a basic CPA.

Two friends of mine own two different vast corporate empires.  They both started out selling used cars and car parts.  Both are Billionaires today.

If you have a strong inclination to be a healer in the medical community, become a doctor.

If you have a burning passion for law and defending Justice, become a lawyer.

But if you like to engage with human beings in person or on the phone to help their businesses grow;  if you want the best ROI of any career – go into sales.

The Most Dangerous Game

Robert Danger Workman writes from his consistent track record of top-tier success in both outside and inside sales at different companies, in different industries, as a sakes rep, sales manager, EVP, entrepreneur and owner of several companies.  Four decades of in-the-field, face-to-face selling and leading winning sales organizations provides the background and experience prevalent in his HIRED GUN brand such as the best-selling and award winning book, HIRED GUN – You’re #1 and Somebody Hates it, and the new, HIRED GUN II – The Essential Guide for Top Salespeople.