The picture above shows the kind of esprit de corps my favorite sales team developed and enjoyed.  Complete with nicknames. The signatures of nicknames are a bit difficult to read, but they’re all on there.

We sent this signed photo to the company preesident in the Home Office.  We later learned that he carried it with him to every company branch he visited to show them why the Dallas branch was #1.

It wasn’t until I had been a member of The Bulldog Squad for over a year that I realized how important our nicknames were to our sales career mental welfare.

In the Viet Nam war, troops often limited contact with their comrades in arms to nicknames.  They didn’t want to get so close as to make deep personal friends of human beings with real names, real identities.  When they got killed in battle, it was an easier loss to take that way.  And death seemed inevitable.

In real combat, “termination” carries a different meaning than in civil cases …

Our nickname tradition began organically when another sales division challenged ours to a softball game.

We decided we needed good old fashioned baseball nicknames for all of our players when we turned in our batting lineup.

We came up with epithets like:  Hosshide Jones, Oil Can, Bronco, Catfish, Cy, Satchel, Big Chaw and a host of others.

Our nicknames were so much fun, and helped contribute to such a positive attitude of fun and comaradarie that led to winning, that we decided to keep them.

From that game forward, whenever one of us posted a closed deal on The Big Deal Board, we signed it with our nicknames.

Our Boss loved it.

This led to the tradition of becoming a member of The Bulldog Squad.

We were the only sales division to assign nicknames to our team.

We were the #1 top revenue producing sales division in our company, among 22 divisions, by triple our second place challenger.

Little did I know how important our nicknames were to our sales psychological welfare.

I personally undertook the task of determining the average lifespan of a sales rep in our ten man sales division:

I was there five years.  Others were there about as long, a couple even longer.  But by adding and then dividing in the years and months of each reps’ tenure, the arithmetic delivered the bottom line number.  Six months.

When you lose someone you work closely with for six months, a year, two years or more, it isn’t a fun thing.  If it’s your close personal friend, Sam Bartholomew Jones, with a wife, three kids and two dogs at home, with a mortgage and car payments and private school tuitions, it’s a whole lot tougher, on everyone.

We accepted the fact that we were a platoon of sales mercenaries.  We were there to do the deal, make as much money as we could, then hit the bar downstairs for lunch.

If we lost Dances With Skunks, it was a lot easier than losing another comrade in arms whose name and life story you got close to.

Initiation into The Bulldog Squad

When a new sales rep posted their first deal, the Bulldog Squad immediately met and assigned their new nickname.  What a great way to welcome someone aboard!

The new rep sells their first deal.  The entire team meets on their behalf to assingn congratulation them and their unique nickname.  They’re recognized positively by their peers.

The rep had absolutely no say in what it was. It was strictly determined by the Bulldogs.

And if any assigned nickname was spurned by that rep, I’m telling you here, they rued that day.

From that moment forward, their new nickname was for all intents and purposes, their new company employee identity.

They were referred to by it, posted their deals under it, and generally lived by it.

This was because the nicknames were always spot on. 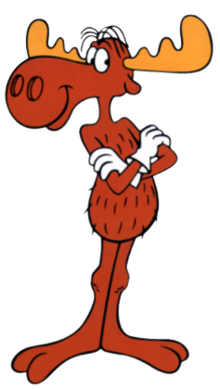 Chicken Hawk – A little guy with jet black hair who always wore a sneering scowl on his face and complained about the cackling of “The Hens” when a bunch of women walked by.  He just flatl looked like he was looking for a big chicken to hawk.

Opie – His real last name was Cunningham.  The night before he was nicknamed, I watched the SNL skit of Eddie Murphy interviewing Ron Howard.  The entire time, he kept calling Howard, “Little Opie Cunningham,” laughably combining his childhood characters in The Andy Griffith Show and Happy Days.  Opie Cunningham was a perfect fit.

Lazarus – A guy who, when he was called into the office to get whacked, told them, “Don’t threaten me with my job, it pisses me off.”   He wasn’t fired.

Lazarus II – After they really did fire him, then quickly hired him back.

Festus – Names after the sidekick of Sheriff Matt Dillon on the TV western series, Gunsmoke.

Huckleberry Hound – So named for the similarity of his North Carolina accent with the cartoon character’s own.