How to Herd Cats (or, The Impact of the Pattern Interrupt)

How to Herd Cats

(or, The Power of the Pattern Interrupt)

I was young when I watched the original film version of The Parent Trap, starring Brian Keith, Maureen O’Hara and Hayley Mills.

In this classic Disney rom-com about reuniting an estranged couple through their mischievous twin offspring, the twin girls, both played by Hayley Mills, agree in their intense dislike of their father’s new golddigger suitor.

They “accidentally” cause their birth mother, Maureen O’Hara, to arrive at the same time their dad takes everyone to a country summer lodge getaway.  They plan to alienate their dad from the golddigger by making her look foolish at every turn, set literally side by side versus their obliging mom.

One scene stuck in my mind because of its absurdity.  Truly, I vividly recalled that scene once at a very crucial moment and it pretty much saved me.

Brian Keith takes everyone on a hike.  The twins let the golddigger overhear their conversation about ferocious mountain lions.  They discuss the only known tactic to keep cougars at bay – clacking two sticks together.

The twins let the unwanted girlfriend see them quietly working two sides of the trail, each clacking two sticks together all the while.

Later, the golddigger volunteers to take the lead point position because she knows how to keep pumas away.  She intently stalks forward, loudly clacking two sticks together.  The looks on the faces of Brian Keith and the twin girls as they watch are priceless.

It was one of those mornings when Kuma the Puma just flat did not want to cooperate and go back into her cage for the day.  This was a torturous environment comprised of 1/2″ double twist Italian steel wrought iron rods around an indoor 400 sq. ft. footprint within my downtown Deep Ellum warehouse.  She had two levels, HVAC, ceiling fan, a 20′ extension ladder to her private 4’x8′ loft, a color TV, park bench, tire swing, igloo hut, and toys.

But that day for whatever reason, that day it was no dice.  She’s a cat.

I had to get to the office and she couldn’t roam at large all day.  Unattended, she craved chewing on leather.  As long as I was around she didn’t do any damage to anything.  But if left to her own devices, anything became fair game.  A friend lost her $800 Gucci purse to the sudden and swift attack of Kuma’s jaws one day.  And I had a new roomful of rich, red Italian leather sofas, chairs, and ottomans.

“So you think you’re caging me so I’ll watch ‘General Hospital,’?”

You can’t get mad at them.  That always makes things much worse.  But it was July.  Warehouses like mine are ovens in the Texas summer sun.  HVAC is the only way life is possible within these steel caverns.

Our industrial AC was blowing like Gabriel’s trumpet; nevertheless, I was beginning to feel like I might need to change my shirt, tie and suit if I perspired further, chasing my “wild, dangerous animal” around my house, up and down the stairs, under tables and in and out of rooms.

She was faster than I was as lightning is to mud.  She could leap over me like a pole vaulter.  She was three times more powerful than I was.  (Cats have a 3 to 1 strength ratio to humans.)

I saw my old ebony walking stick I required for a month after making a particular stupid tackle in a rugby game.  I grabbed it to extend my reach on one side.  It helped.  I snatched the bottom half of my two-piece pool cue from an umbrella stand.  Now I was cooking.

She couldn’t get around me nearly as easily with my newly extended reach but still, I wasn’t getting Kuma into her daytime domicile.

They say that Necessity is the mother of invention.  They say that when the student is ready, the Master appears.  They say a lot of things.  I know what I saw and heard.

Out of options and in sheer desperation, I remembered the scene from The Parent Trap,and clacked my two sticks together.  You would have thought I shot off a marine air horn directly into her ears.

Kuma tightened up in her stance and winced.  She gave me a look that said in cougar-speak, “Don’t you dare do that again.” 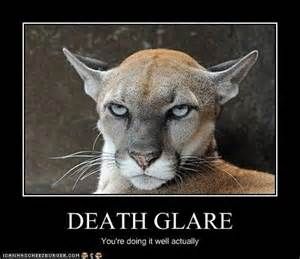 Don’t you dare do that again.

It was that look you never wanted to receive from your mother.  And it was the kind of look that if you ever received it from your girlfriend, you knew you were spending the night on the couch or at the local motel.

Of course, I hit it again.  What do you expect me to do?

Game over, you win, I surrender, Uncle, I give, ’nuff, done deal, Yorktown, Appomattox, the fat man and little boy, VE and VJ Days all rolled into one.

Kuma dropped her head, padded her big ol’ feet forward down the stairs, and walked disgustedly through the New Orleans wrought iron man-door into her cage.  No hissing, no spitting, fighting, nothing.  Complete acquiescence and surrender.

I looked at my pair of newly discovered instruments of power.  In my right hand I held Ascalon, and in my left, Excalibur.  Bring on the big cats, baby. 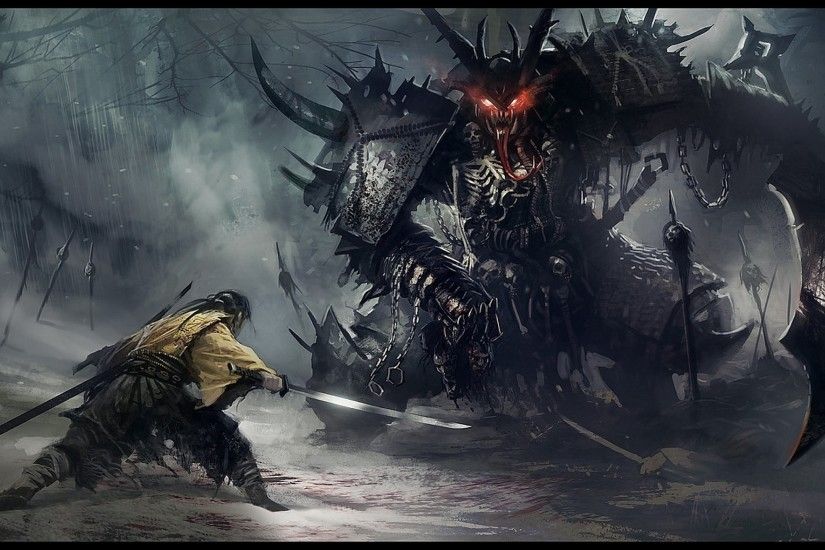 The Hired Gun begins his daily morning routine with the pets.

From that moment on, I never had any difficulty herding cats.  It worked on mountain lions, and later I learned it also worked with African Servals.  I figure it works pretty well with any of the Feline or Panthera species.

“C’mon, Snarf. Why don’t you hang out in your royal chambers for a while? Mom and dad have dinner company tonight.”

I am not a physician.  This is not intended for medical advice.  This is for educational and entertainment purposes only.

If you’re hiking along a mountain trail in cougar country and one of my feline family comes flying out of the grasses, jungles, or woods at you, the only thing that’s going to save you is a .30-06 and deadly aim, or a shotgun.

I don’t care if you’re Man Mountain Dean or the World’s Strongest Man, you don’t stand a chance. 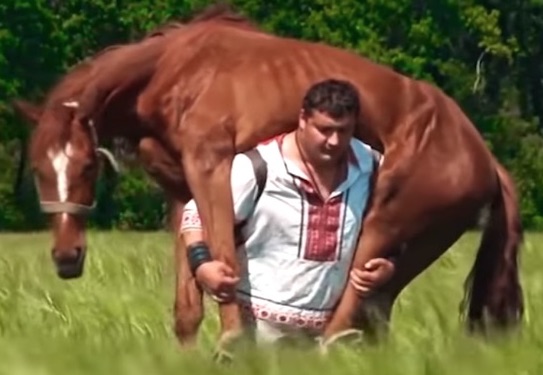 Sorry pal, but a cougar has ten long sharp claws, massive jaw pressure and fangs, with a 3 to 1 strength ratio advantage. It ain’t no pony.

Clacking two sticks together – unless they’re attached with a chain as Nunchaktus and you’re the reincarnation of Bruce Lee – most likely is not going to deter my fine furry friend. 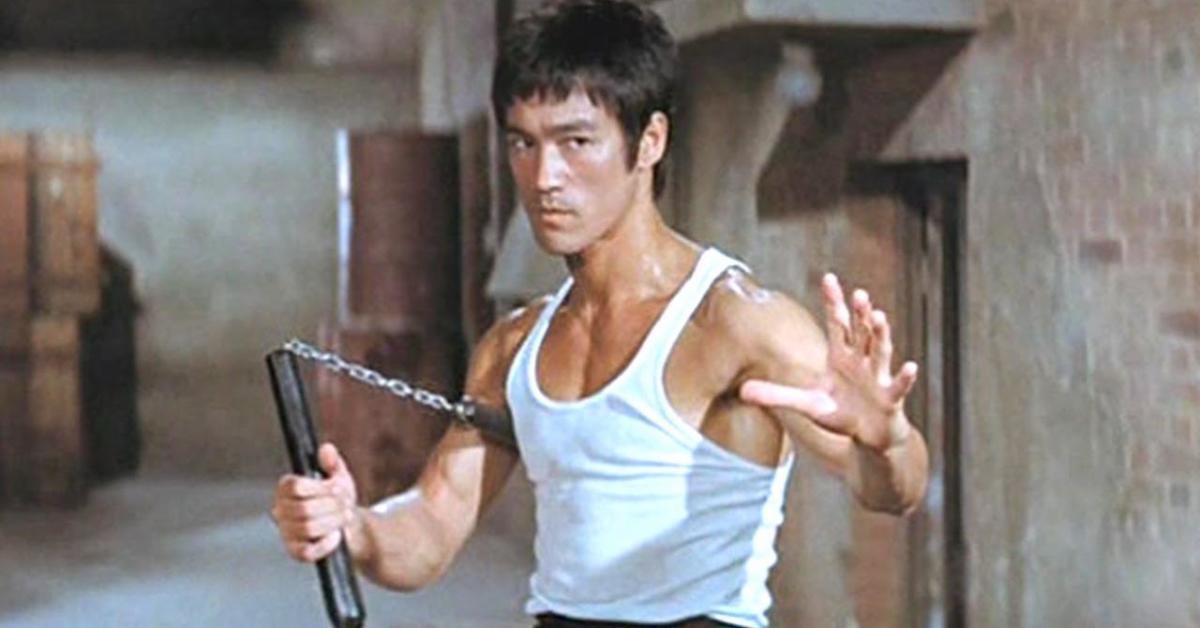 You’re wondering how this all possibly relates to sales specifically or business in general.

When I managed our awesome sales force of 20 guys selling satellite-delivered video training for fire departments worldwide, I stopped one day as I walked among the Boofs.  I couldn’t believe what I heard.

It was Reverand Brown (our nickname for our top sales rep) and he was certainly preaching on the phone that day.  Later, I asked him what he was doing with that interjection.

He explained about the pattern interrupt.  It’s a tactic that instantly arrests the conversation and provides you with the opportunity to step in during the confusion and take or retake control.

You play this card when your conversational opponent – in this case, sales prospect – goes on an ad nauseum rant about all the 100 reasons they aren’t going to buy from you, or don’t like the service you provide, or why they can’t make up their mind because they’re considering so many options.

If you let them run on with their thought train without opposition because you’re trying to be a good listener, you’re losing the game.

You are being a good listener.  After their second complaint, objection, excuse, or whatever you picked up the gist of their position.  It was obvious to you from the questions, the wording they use with their questions, the intensity or curiosity in their voice, their voice pitch and its changes, and a myriad of other telltale indicators you’ve learned to pick up over the years.

If they run on they’ll just continue until they convince themselves that they’re right without ever hearing the other side of things that you can present.  So what do you do?

You clack two sticks together.  You say something completely out of place and arresting by its craziness.  You give them the verbal Heisman. 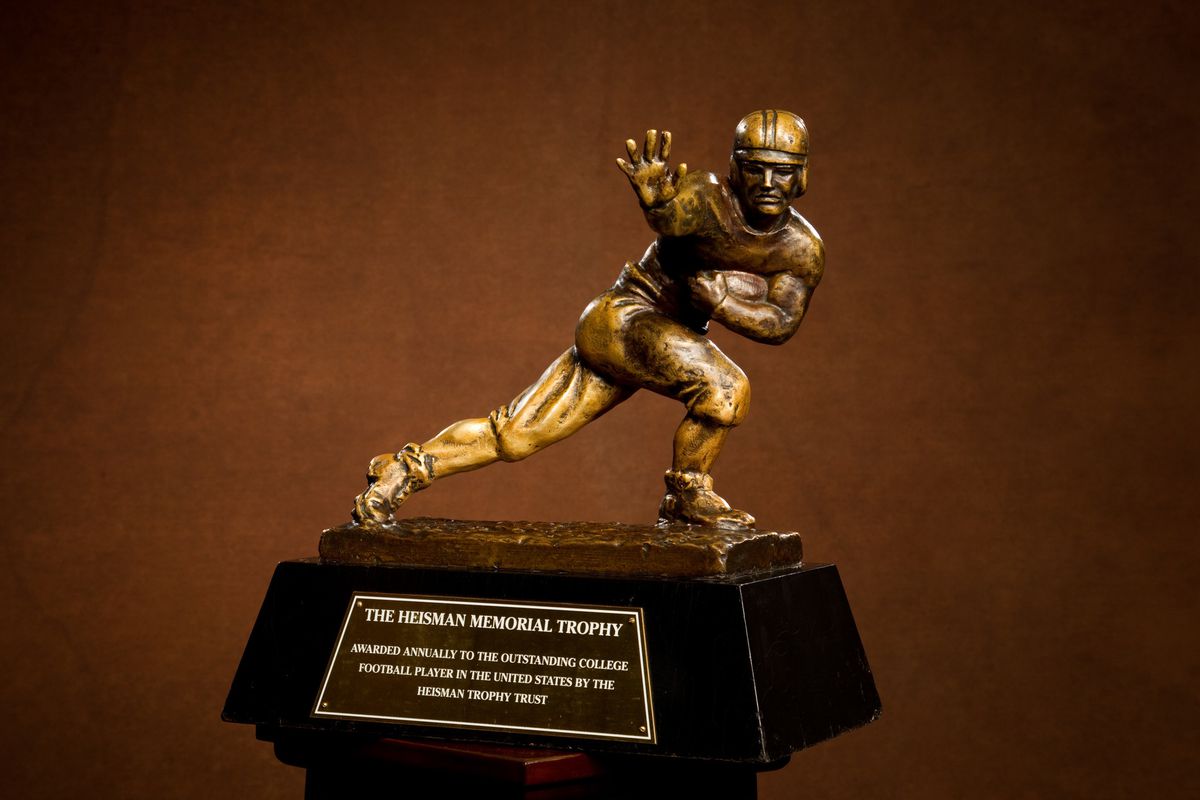 You throw a monkey wrench into the spokes of their wheeled argument of descent.  You say something.  Anything.  The more non-sequitur, the more effective it will be.

I don’t know if Reverand Brown kept a ready list of pattern interrupts handy, but I would advise you to come up with one.  Create an index card with two comments you feel comfortable interjecting into a downhill conversation, one for each wheel chock you’re placing behind that downhill car’s tires, to keep it from rolling further down and out of control.

Have fun with it!

None of us is going to get out of life alive.  Have fun!  Make your prospect laugh.  Believe me, nothing bad will happen.  And you’ll laugh your nose off when you hang up the call if your eavesdropping fellow colleagues haven’t already beaten you to it.

One of my biggest multi-million dollar account advertising clients was 7-Eleven corporate or Southland Corporation.  i was called into a meeting including six of their top-tier executives who sat around their huge conference table waiting to chew on me like Kuma dining on a smoked turkey leg.

So I walked in with my ash Louisville Slugger baseball bat.

But that’s another story …