Are you too good as NUMBER ONE on Your Sales Team? Part I

Are You Too Good as Number One on Your Sales Team?

As number one in sales, every month you destroy that magic number you’re supposed to meet.   You know the numbers: MAQ, KPI, SWOT, RACI … (When? EOB; Where? WFH; Why? WIIFM).

As number one in sales, you bust your butt day-in and day-out for years. You consistently build your sales territory and pipeline and you sell the most revenue every month.  And every day you know exactly where you stand.

As number one in sales, you work with the best equipment available, as necessary tools of your trade.  Your consistent over-the-top revenue production earns you niceties you’ve desired.  Better professional attire, better quality car, better home in a better neighborhood where your kids go to better schools.

As number one in sales, life is great and the future’s so bright, I gotta wear shades.

You’re about to see nine reasons you may lose your job; because you’re number one.

Few sales speakers, trainers or executives want to discuss these things.  But I do.

You may be tripping the light fantastic atop the cusp of your sales curve’s heady heights.  You might cruise home with your top down, whipping your hair freely in the wind.

But you don’t see Adversity frowning down at you from his high-rise corner office with floor-to-ceiling windows.

If you’re too good as number one in sales …

If you are too good as number one in sales, you’re one of the baddest assed professionals in your business. You may be the latest wunderkind, whiz kid, rock star, or the most unruffled seasoned veteran. You think the pat hand you’re holding of a full house with jacks and sevens is a winning hand.

But that is the original dead man’s hand, documented before Wild Bill Hickok and his aces and eights. The poker hands in your company’s game are dealt by the Suits.  Unknown to you, the hand they’ve dealt themselves has four aces.

If you are too good as number one in sales you may be playing poker while holding a dead man’s hand.

too good as Numero Uno in sales

Stop for a moment.  Get out of that nose-to-the-grindstone sales mentality and consider yourself and your surroundings.  Sit back and take a look around you.

Below are the first six (Part I) of nine indications that things in your company may be changing around you.  They’re things we don’t normally observe because we’re too busy being productive.

These changes may not be for your betterment.  Indeed, they may be to your detriment. And you may need to make a decision soon whether to adapt and overcome, or leave.

1) YOUR BOSS saddles up and rides out of town 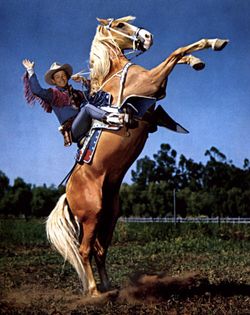 Happy Trails To You! If you aren’t currently reporting to the person who hired you or promoted you – get your resume ready.

Whatever the reason, if the person who either hired you or promoted you leaves, get busy.  Update your resume and practice your interview skills.  New bosses have a strong tendency to move out existing talent to bring in their own people.

2) The company’s MOLE in your midst 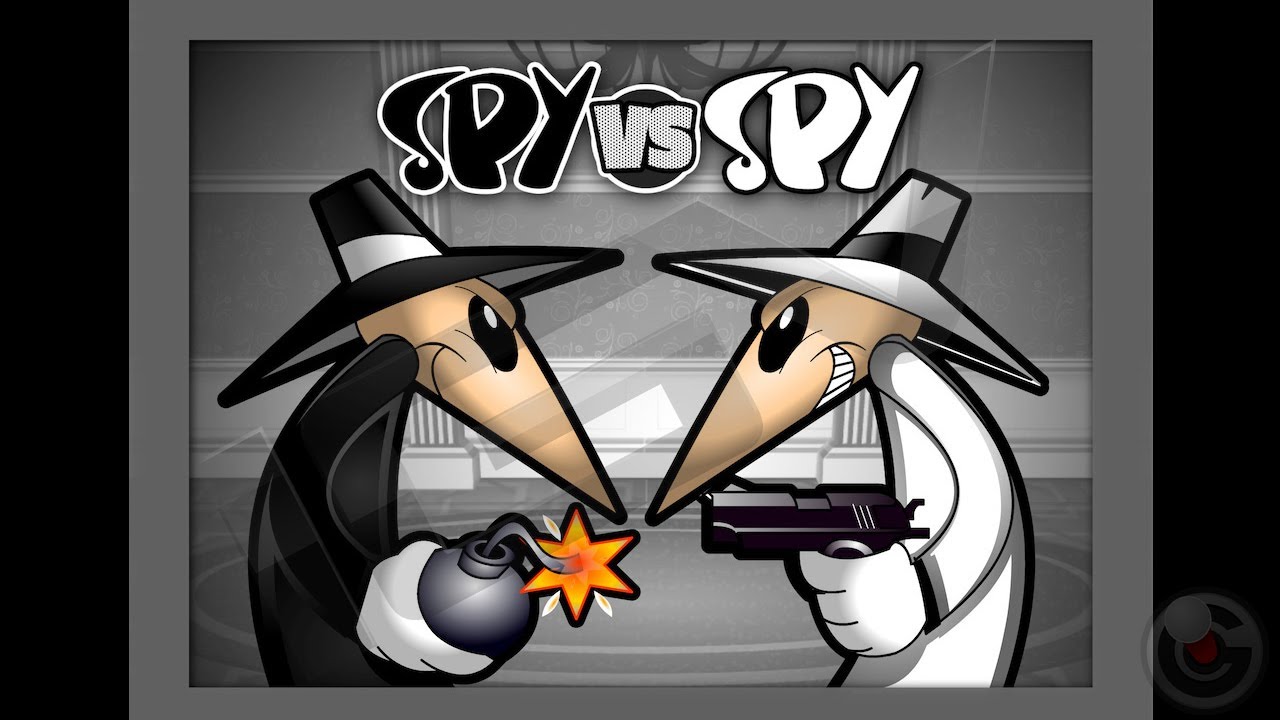 IS THERE A COMPANY MOLE IN YOUR MIDST?

This self-serving miscreant and slave to the Suits is a plant.  Their purpose is to telltale on anything they think might make them look good while making someone else look bad.  Good little Mole .. pat, pat on the head … 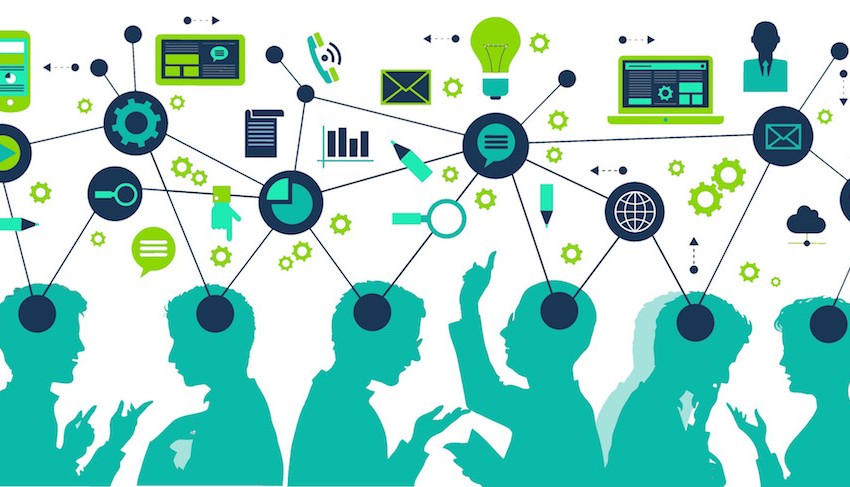 Is your new CRM:   All-knowing, All-seeing, Omniscient, Omnipresent and Omnipotent?              Or is it really just a major pain in the butt for salespeople?

During the Genesis period of your company’s first couple of years, you do whatever it takes to get deals done.  You post them on the board and turn in your paperwork. Then you go out and sell some more.

But now, every move you make, every breath you take MUST be reported in the CRM.

Your managers and executive team need this increasingly granular information produced by your holy CRM.

Because they spent a ton o’ money on it.

“Whenever in doubt, always look for the financial incentive.

Who made the buying decision for your company’s CRM?  (Suits)

Whose needs were considered? (Suits)

Whose opinions and input were considered?  (Suits)

Was the sales team asked for input? (No)

Are salespeople required to employ its use in every sales action, henceforth? (Yes)

Does it expedite sales? (NO)

Does it produce a lot of reports? (YES!)

Your brand spanking new CRM produces many reports that show what future sales – might be.

This is not Management By Objective (MBO).  It’s

“Based on our CRM data – this should be our future sales!  Maybe …”

Managers love reports.  The more reports they show in their executive meetings the more work they can show they’re doing.  Then if those projected CRM numbers don’t happen – it isn’t the manager’s fault.  The data was bad.

I know: as manager, manager of managers and owner.

During the first couple of years in your sales operation your prospects become clients by signing a one-page agreement. If a deal needs to get done, you write it up on a cocktail napkin. (Once, My Boss framed a cocktail napkin deal of mine and hung it in his office.)

Or you write it up on one of the legs of your suit pants.  (Seen that done, too.) 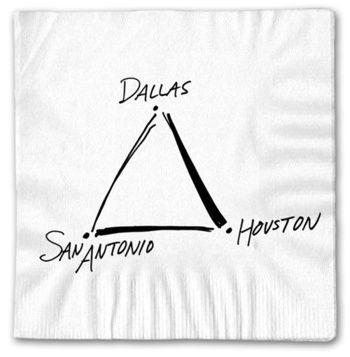 If you’re too good as number one in sales you might do some deals on cocktail napkins. Herb Kelleher and Rollin King founded Southwest Airlines in a St. Anthony Hotel bar in San Antonio, 1967.

Here’s when you know the Golden Era for sales in your company has passed.  You work days, weeks and months busting your butt to get a big deal sold and in position to close. You send your shiny, new 12-page contract.  Because of its complexity and length it goes to their black hole o’ death legal department.  The deal never happens.

5) PROCESS is valued more than results

Results are not the key emphasis anymore; PROCESS is all-important.

Sure, you still need to hit numbers.  But let me ask one question.  During all your new meetings how much time and effort is spent actually discussing doing deals and producing results?  Compared to discussing the sales PROCESS, the CRM PROCESS, the reporting PROCESS?

Below is an actual quote from a meeting a colleague of mine had with senior management.

SALES REP:  “So, you’re telling me it’s more important that I come in every day on a timely basis and submit all my reports on time, than it is to sell and close deals.  Is that right?”

6)  You Make Too Much Money

Somebody is envious of your life and lifestyle.

Somebody thinks you don’t deserve to live so well and have such nice things and do such great challenges because they cannot see themselves living that way, therefore nobody should, especially you.

Most likely, this is not The Boss.  The Boss normally holds sales in high regard and is far too self-assured to feel threatened by a salesperson’s income.  The Boss cares about the salesperson’s productivity and wants it to be as high as possible.

BTW:  Who’s the biggest Child* in most small business enterprises?  You get one guess:  The Boss.

No, your smiling assassin will be your GM, Sales VP, CFO, COO, sales manager, sales rep, someone in accounting.  It doesn’t matter.  It will be someone you probably know well.

This is one of your workplace “friends.”  It’s time to get to know them better.

“Keep your friends close, and your enemies closer.”

Wild Bill Hickok gunned down some of the baddest pistoleros in the West.  It took one cowardly shot in the back to bring him down.

Beware of someone in your outfit who’s envious of your success and thinks you make too much money.

They have all day, every day in the office, while you’re busy selling, to maneuver around you, behind you, beneath you, set their agenda and plans in motion behind your back to endanger your very career.

It takes one bullet in the back to kill your career; it takes one craven backshooter to fire it.

For example, one major contributor to your success is that you have learned how to live in your Child ego state.  To the outside world, this looks like a lot of fun.  And for the most part, it is!

It isn’t all recess all the time.  It’s very hard work. Work most people are afraid to do.

But think about this: Are you OK with yourself, and do you also feel OK around other people? Do you have fun at your job? Do you take risks?  Do you like to try new things?  Do you “think outside the box”?  Do you reply, “What box?”  If your reply is “Yes!”, then to people around you, you’re guilty of acting like a child.

Nobody told those other people they can’t enjoy their Child ego states, too.

The one who complains is actually envious.  They either haven’t discovered or forgotten that it’s OK to have fun in their life and their job.  So that person wants to get rid of the entity that makes them feel uncomfortable.

And every time they see you they feel uncomfortable with their chosen path in life.  So they want you outta there!

You need to find out who this person is

Ralph wants to get rid of the person who represents the freedom and rewards that hard work in sales produces.  Ironically, this means Ralph is also working to eliminate the revenue that person produces.

In this week’s issue, we examined six telltales that indicate why you might want to start paying closer attention to things going on around you at work.

Next week we consider several more, maybe the biggest and most important.

Are You Too Good as Number One in Sales?
9 Reasons You May Lose Your Job
Part II

Read:  SELLING – The Most Dangerous Game

and watch for more!

Robert Danger Workman writes from his consistent track record of top-tier success in both outside and inside sales at different companies, in different industries, as a sales rep, sales manager, EVP, entrepreneur, and owner of several companies.  Four decades of in-the-field, face-to-face selling, and leading winning sales organizations provides the background and experience prevalent in his HIRED GUN brand such as the best-selling and award-winning book, HIRED GUN – You’re #1 and Somebody Hates it, and the new, SELLING – The Most Dangerous Game.